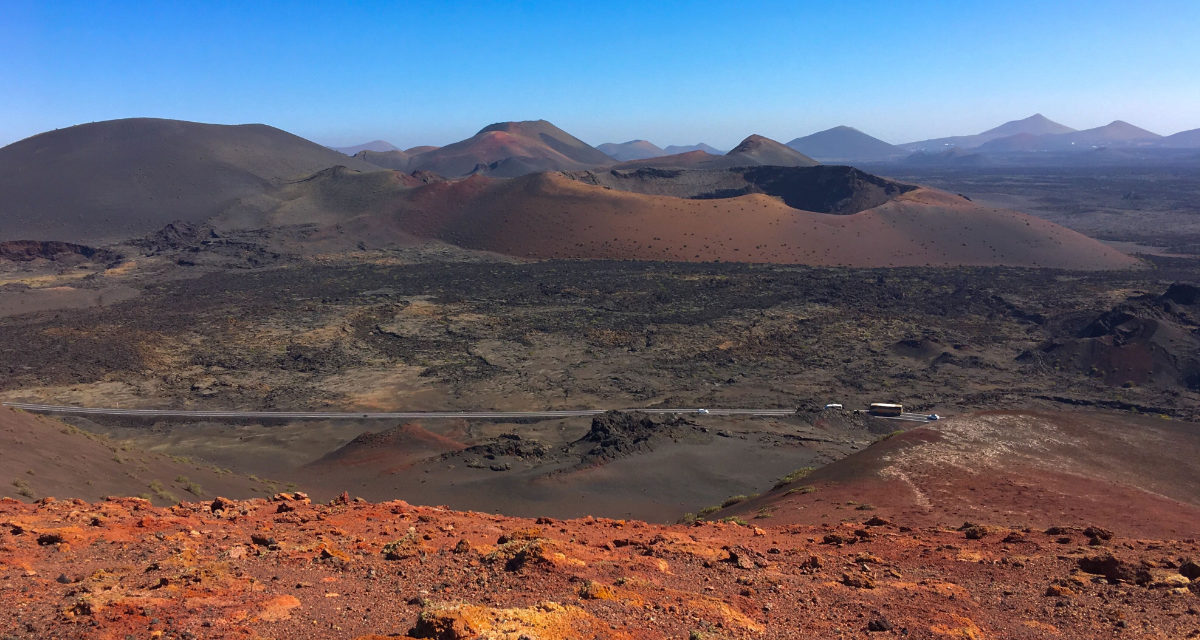 As my airplane swoops down towards Lanzarote, the scene growing ever larger outside the cabin windows isn’t really what I was expecting. With its barren, brownish-red surface pockmarked by tall, conical peaks, it looks less like an island beach paradise and more like another planet—The Planet of the Ants.  I’ve been assured, however, those towering “ant hills” were not made by giant alien insects at all. Oh, no. Those were created by volcanoes. Um, not to worry, then, right?

Moxifloxacin has also been associated with prolongation of the QT interval. Zykadia comes as tablets that are taken by mouth once a day. Although there are only three known reports of anaphylaxis, the possibility of an anaphylactic reaction should be kept in mind, and the physician should be prepared to treat it appropriately naisten viagra. Aliskiren binds to the S3 bp binding site of renin, essential for its activity.

Yes, like all of Spain’s Canary Islands off the West Coast of Africa, Lanzarote was born of some hot tectonic plate action. The last whopper of an eruption began in 1730 and lasted for six, count ‘em, six years, with lava and ash destroying villages and eventually covering approximately two-thirds of the island. The most recent eruption occurred in 1824, but that one only lasted two months. So, y’know, no biggie.

Given its lack of lush tropical trappings, what is it that draws nearly three million visitors a year to this hardscrabble Atlantic isle, covering less than 330 square miles? In a word: climate. Not too hot, not too cold, and sunshine virtually guaranteed. Average temperatures range from 69 degrees Fahrenheit in January to 84 degrees Fahrenheit in August, and there are typically fewer than 20 rainy days in a year. There’s also a selection of Blue Flag beaches, with white sand imported from the Sahara.

It is, in fact, the promise of a fool-proof, sun-drenched seaside holiday that brings me to the five-star luxury Princesa Yaiza Suite Hotel Resort on Lanzarote’s southern coast. Located in the town of Playa Blanca, home to a shop-lined boardwalk and luxury marina, the Princesa Yaiza rises above the Playa Dorada beach like a white Moorish castle…or indeed, like an entire city unto itself.

This sprawling, 385-room hotel encompasses an indoor jungle—which may be the greenest spot on the island—as well as a Thalassotherapy spa, a family leisure and sports facility, six pools, four bars, and nine restaurants. Dining options include Spanish tapas, Italian, Mexican, and a Japanese Teppanyaki restaurant, where the chef prepares your food on a hot grill right in front of you. But the most unique offering is Isla de Lobos, which serves gourmet Canary Island cuisine using fruit, vegetables, cheese and meat sourced from the resort’s own farm, the Finca de Uga. Once a month, Princesa Yaiza offers guests an opportunity to visit the Finca de Uga, about a 20-minute drive northeast of the resort. The experience helps visitors understand where their food comes from and how the animals are looked after on this high-welfare farm.

Paco Fabelo, the farm’s director, greets my friends and I at the gate to show us around. First, he introduces us to the pigs, which include two species: Iberian and Black Canary. “They are really happy, because they enjoy a beautiful spa,” says Fabelo, motioning to a large fountain where the inhabitants can cool their hooves. Then we move on to meet some friendly Majorero milking goats, a breed specific to the Canary Islands. “They are very close to an African species and can withstand the hot weather,” Fabelo explains, as several goats rear up on their hind legs to nuzzle their visitors. “They give good milk because they will eat dry grass, which has very high-quality fat.”

We briefly visit a few female cows, including one randy girl who insists on mounting all her friends. Maybe she’s been peering over the fence at the bull, who breeds with four lucky ladies every week. “He’s the happiest animal on the farm,” Fabelo grins. The workers play music for the animals—Latin, pop and rock in the morning, and classical or “Zen” tunes in the evening. Judging from some of the behavior I’ve seen among these critters today, I reckon they’ve been listening to a little too much Barry White, if you know what I mean.

It’s hard to say whether the highlight of our tour is getting to hold bleating baby lambs, with their puppy-soft fur and floppy ears, or visiting the dairy. Several of Fabelo’s mouth-watering cheeses, made from various combinations of sheep, goat and cow’s milk, have been honored at the World Cheese Awards.

The drive from the resort to the farm has also whet my appetite for something else—Lanzarote’s Martian-like landscape. Even the folks at NASA think it’s “out-of-this-world,” apparently. According to Gladys Becerra, who works in Princesa Yaiza’s marketing department, American astronauts on the Apollo missions studied photographs of Lanzarote’s surface to help them prepare for landing on the moon. “Some people think there is nothing here, because it’s not green,” Becerra says. “But there is beauty; it’s just different.”

The entire island has been named a UNESCO Biosphere Reserve, which places strict restrictions on development. Roadside billboards are forbidden, and most houses can be no more than two stories tall, with a paint palette limited to sandy “Sahara” or gleaming white. As a result, the rural villages look like low stacks of sugar cubes…all the better to feed the alien ant invaders, I imagine. The best place to experience the volcanic drama of Lanzarote is Timanfaya National Park on the southwestern end of the island. It is here, where the Montañas del Fuego (Fire Mountains) now stand, that the eruptions of the 18th and 19th centuries occurred. Even today, its arid plains and lava fields remain devoid of plant life, except for some pioneering patches of lichen.  While you can’t just lace up your hiking boots and tramp off through the lava fields wherever you like on your own, there are other ways to explore. You can arrange a guided hike in the park, saddle up for a camel tour, or take a bus tour around the Ruta de los Volcanes.

You can also get a feel for the powerful forces that created this incredible landscape at the Islote de Hilario. This hilltop stop within the park features a jaw-dropping panoramic view and several areas where park workers demonstrate the fierce heat that still lurks in pockets beneath the earth. The tastiest example is at El Diablo Restaurant, where chefs grill meat on a barbecue using only geothermic heat.  More curiosities beckon along the coast. At Los Hervideros, north of Playa Blanca, visitors can sometimes witness a strange phenomenon—a seemingly boiling sea and geyser-like ocean spray as powerful tides force water into lava tunnels that undercut the cliffs above.

Stranger still is the Lago Verde at El Golfo, just north of Los Hervideros. This striking, emerald green lake lies inside a half-collapsed crater at the ocean’s edge, separated from the Atlantic by a black volcanic pebble crescent. Instead of hunting for shells, beach-combers are more likely to come across bits of peridot, a pale, glassy-green type of olivine.

Of all the natural wonders I witness on Lanzarote, there is one that I look forward to every night. Reclining on a chaise lounge beside Princesa Yaiza’s central swimming pool, I wait for the show to begin.

As the sun sinks low on the horizon, the burning gold disc yields to luminous clouds smoldering in shades of pink and purple, the beauty of the spectacle doubled by its reflection in the mirror-like pool. Lanzarote’s volcanoes may be sleeping, but this isle’s ethereal, otherworldly spark is resurrected like a Phoenix in celestial flames.

Getting there: Fly into Lanzarote (Arracife) Airport. 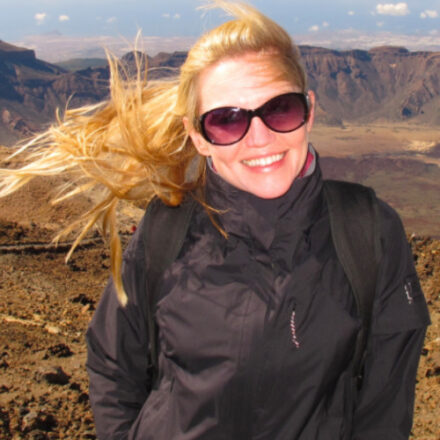 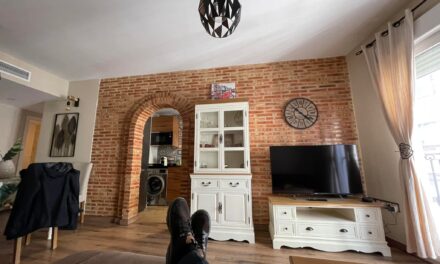 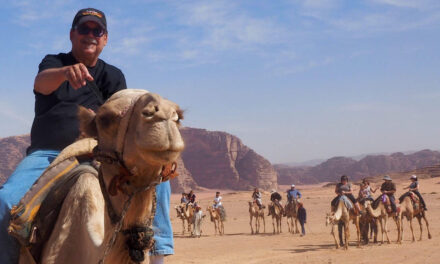 Steam Dreams: a Reality for Railway Fans in Wales 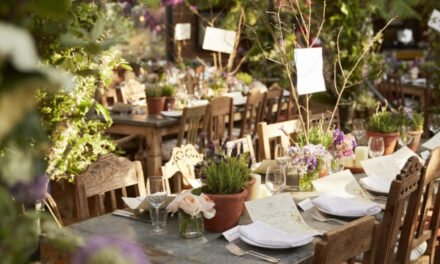