During almost two weeks last December, I visited a diverse collection of those markets. There are dozens of them – in big cities, small towns and remote villages. Many date back to the middle ages. Each visit was unique, but all gave me the opportunity to mix with locals and enjoy the Christmas traditions and treats they know and love. My trip was enriching, enlightening and just plain fun – a perfect holiday gift to myself.

Baden-Baden in southwestern Germany was the perfect place to start. The town has a compact, classy Christmas market, a bounty of cultural attractions, multiple Michelin-starred restaurants – and an array of thermal spas.
Frazzled and jet-lagged after flying from the west coast of the U.S. to Frankfurt, then hopping a train to Baden, I checked in at Der Kleine Prinz hotel, unpacked my swimsuit, and walked straight to the Caracalla Spa.

Road weary, I sank into the warm, bubbling waters at Caracalla’s big indoor/outdoor pool. I drifted lazily from station to station in the flow channel, leaning into massaging jets, comforting aching shoulders under soothing waterfalls. I allowed my brain to breathe; stress dissipated into the starry Black Forest sky.

Back inside, I sampled the aromatic stream bath, a brine inhalation room and an upstairs sauna extravaganza. By then, the tangled knots of long-distance economy class travel had slowly, deliciously unraveled. For dessert, I treated myself to a 30-minute back massage. Pure bliss.

I hit Baden’s Christmas market the next day full of energy – and vowing to kickstart every long-haul trip with a spa visit.

Set in Lichtentaler Allee gardens, at the foot of the town’s glamorous old casino, Baden-Baden’s Christkindelsmarkt is pure delight: a wintry wonderland of shimmering lights, open-air entertainment and 110 festively decorated stalls offering everything from locally crafted lambskin slippers to sugar-dusted waffles and Nutella-frosted langos (deep-fried flatbread). Visitors savor the magic as they inhale the scent of pine mingled with aromas of roasted nuts, grilled sausages, cinnamon and yeasty fresh-baked breads.

Everything offered at the market is juried – so shoppers find quality and variety. A sommelier even comes early in the season to choose the best mulled wine. Daily entertainment, on an open-air stage, ranges from Christmas caroling by local school children to big band performances. One afternoon I applauded St. Nick as he arrived by hot air balloon to distribute gifts to wide-eyed youngsters. Another time I watched children up to their elbows in dough, making their own Christmas cookies.

I gave myself four full days in Baden-Baden – and wished I allotted more time. The town is a cultural arts center. When I wasn’t Christmas marketing, I inspected jeweled treasures at the Faberge Museum, wandered among modern and contemporary masterpieces at the Richard Meier-designed Frieder Burda Museum, even lucked out and landed a seat at a Cassandra Wilson concert at Festspielhaus, Germany’s largest concert hall, opened in 1998 in the former Baden-Baden railway station.

Of course, I saved time for another dip into Baden-Baden’s thermal waters. This time I chose an afternoon at historic Friedrichsbad, a Roman-style bath where swimsuits are verboten. For nearly 140 years, it has been a bathing temple. Mark Twain swore he lost his rheumatism here, and described the place this way: “Here at the Friedrichsbad, you lose track of time within 10 minutes and track of the world within 20….”

Baden-Baden would be a hard act to follow, but the next morning I was off to the train station. Destination: Nuremberg.

The first written record of the Nuremberg’s Christkindlesmarkt dates to 1628. Since then it has become one of the most popular holiday markets in Europe, drawing about 2 million visitors each December to this city of 500,000.

There are actually three Christmas markets in Nuremberg – all within a few steps of each other in the heart of the city’s old town. The main market includes 180 stalls, assembled in long rows under red-and-white-striped awnings, in the city’s historic market square. “There are 200 vendors on the waiting list,” said Ingrid Petermann, a city guide. “We have limited space; if we spread out to more space, it just wouldn’t be the same atmosphere. In the 17th century there were 140 booths.”

Multiple stalls offer food and drink – the city’s famous gingerbread (Lebkuchen) and of course, sausages and glühwein. I quickly learned two important lessons: A Nuremberg brat is no ordinary sausage. It must weight 20-25 grams (less than an ounce) and be 7-9 centimeters (about 3 inches) long. “This makes them good; they’re so roasty crusty,” said Nuremberger Karola Gartner. “The rules have been around for 700 years.” These are the only sausages you’ll find at the Nuremberg Christmas market – usually served three to a bun.

The second lesson: As temps dip at night, a steaming mug of hot mulled wine is an excellent hand warmer. And a pretty good body warmer, too.

Only authentic handcrafted items are permitted for sale at Nuremberg Christmas stalls. Mass-produced kitsch is a sure ticket to banishment. Even canned music is prohibited here – so what visitors hear is real: brass bands, choirs, laughter and the squeals of excited children.
Steps away, the Markt der Partnerstadt (Sister Cities Market) adds international flair to Nuremberg’s holiday scene. About two dozen cities from around the world – from Atlanta to Venice – sponsor stalls offering arts, crafts and foods from their home nations. Venice did brisk business selling masks and pizza; Atlanta fans lined up for Jack Daniels and Jim Beam.

“All Partnerstadt profits go to charity,” Petermann explained. “That’s what Christmas is about – or should be about, isn’t it?”

Nuremberg’s Kinderweihnact, its children’s Christmas market, is its youngest. It began in 1999 – and offers a wide selection of family friendly fun: old-fashioned kiddie rides, yummy eats and hands-on adventures such as decorating and baking gingerbread cookies. It’s magical fun.

I spent my last night in Nuremberg soaking up more magic: the Nuremberg Opera’s production of “Hansel & Gretel.” This opera is a holiday tradition for Nuremberg families; even on a Monday night, every seat in the century old opera house was filled – many by children. For a few hours, I became part of the family.

Silly me. I allotted only two nights here, but needed way more time. Munich has 22 “official” Christmas markets. They’re spread all over town, including at the airport. Plus, there are dozens more small neighborhood markets. About 3 million visitors join the celebration each December.

The best place to start is the city’s Main Market, aglitter against the neo-gothic backdrop of the historic town hall, where the market tradition began in the 14th century. More than 100 wooden stalls here still sell predominantly Bavarian crafts and foods. Aromas of sizzling bratz, roasting nuts and fresh-made crepes permeate the air.

It’s hard to tell where one market stops and another begins in Munich’s old town. The Main Market bleeds into the Kripperlmarkt, which has been selling exquisite handcrafted manger scenes (and accoutrements) since 1757. The savory scent of spit-roasting pig is a sure sign you’ve reached the Medieval Market.

Across town at the Chinaturn Market, children learn traditional woodcrafting at Opa’s (grandpa’s) cottage – while their parents partake at the market’s traditional beer garden. At Schwabing Market, visitors shop for original art – everything from paintings and pottery to hats and handbags. Shoppers can meet more than 100 artists, from all over Germany, whose juried pieces are for sale.

I spent one evening at Tollwood – a grand alternative fest that focuses more on ethnic cultures and the environment than traditional Christmas fare. Think organic foods (including vegan options) and exhibits with an ecological or social message. Staged at the fairgrounds in a series of huge tents, there’s a range of international entertainment – from Cirque-style shows to interactive art installations.

The most crowded Munich Christmas market is also one of its smallest: the “Pink Market.” It was the first gay Christmas market in Germany when it launched 10 years ago with a three-day festival; today it’s a vibrant four-week party that attracts wall-to-wall people: locals and visitors, young and old, gay and straight. The boutique-size market has a few very, very busy food and glühwein vendors and only a dozen or so shopping stalls. Don’t expect to find anything risqué for sale. “We’re in Bavaria, which is quite Catholic,” explained Bernd Muller, a market organizer. Nevertheless, most of the very popular nightly holiday shows are drag performances – and great fun.

The next morning, I was off to Garmisch-Partenkirchen in the Bavarian Alps. Garmisch and Partenkirchen were separate towns until 1935, when Hitler ordered them joined to stage the 1936 Winter Olympics. Twenty-eight nations, including the United States, participated in those games.

Today, the Garmisch Christkindlmarkt has a cozy small-town feel. The 30 or so vendors who gather at Richard Strauss Plaza all know each other. Local musicians play Christmas tunes each evening – townsfolk sometimes join in. Along with yard-long sausages and glühwein, visitors can sample regional Alpine specialties such as Raclette and cheese fondue. Gift shopping is simplified: fewer choices, better prices.

“It’s true. It’s festive here, but relaxed and cozy. Neighborly. By the end of the evening, you’ll know all the vendors; they’ll be your friends,” he said.

“Isn’t that what holiday spirit is really about? “ 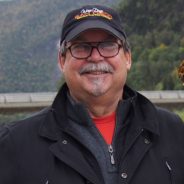 Alison DaRosa is a six-time winner of the Lowell Thomas Gold Award for travel writing, the most prestigious prize in travel journalism. She served 15 years as Travel Editor of the San Diego Union-Tribune. She was the award-winning editor of the San Diego News Network Travel Page. She produces and edits the San Diego Essential Guide, a highly rated and continually updated travel app for mobile devices. Alison is a regular freelance contributor to the travel sections of U-T San Diego, the Los Angeles Times and USA Today. 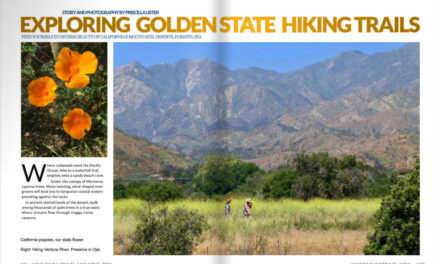 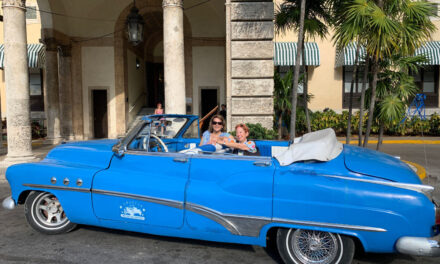 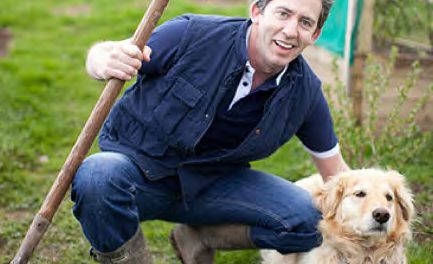 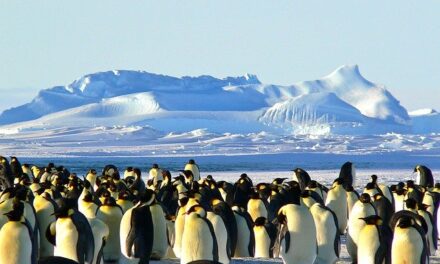